Ti trovi in: Bologna > WHAT TO SEE > The Church of San Domenico

The Basilica of San Domenico in Bologna is considered one of the most beautiful churches in the city and certainly deserves a visit. Bologna guide will let you discover the hidden beauties that this place holds, including some masterpieces by Michelangelo Buonarroti.

In a nutshell
One of the most beautiful churches in Bologna, inside you will see the Arca di San Domenico that houses the remains of the saint. You can admire beautiful masterpiece of Italian artist including three statues by Michelangelo Buonarroti
Hours and cost
Hours Monday to Friday: 9.00am-12.00pm and 3.30pm – 6.00pm
Saturday hours: 9.00am -12.00pm and 3.30pm – 5.00pm
Sunday hours: 15:30 – 17:00
Free entry to the basilica
Offer of 0.50 euro to visit the choir and cloister
Where is

You also may like: The church of San Petronio

The Church Of San Domenico 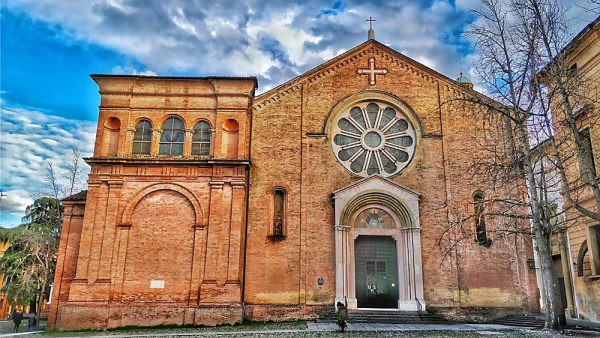 The building was originally the convent dedicated to San Niccolò delle Vigne, a place where San Domenico di Guzman settled definitively in 1219. After the death of the saint his remains were laid behind the altar of San Niccolò and later the building was modified and expanded. The convent, now dedicated to the founder of the Dominican order, was completed in 1240.

The external architecture of the church is a beautiful example of an austere Romanesque Gothic style. On the contrary, the interiors are finely decorated in the manner of the Bolognese Baroque style. Just take a look at the San Domenico Chapel and to the Rosario Chapel to be dazzled by decorations.

Here the magnificence and attention to detail made by Italian artists is evident. Among the works we mention especially those of Guido Reni, Ludovico Carracci, Bartolomeo Cesi and Michelangelo Buonarroti.

The Arca of San Domenico is the true masterpiece 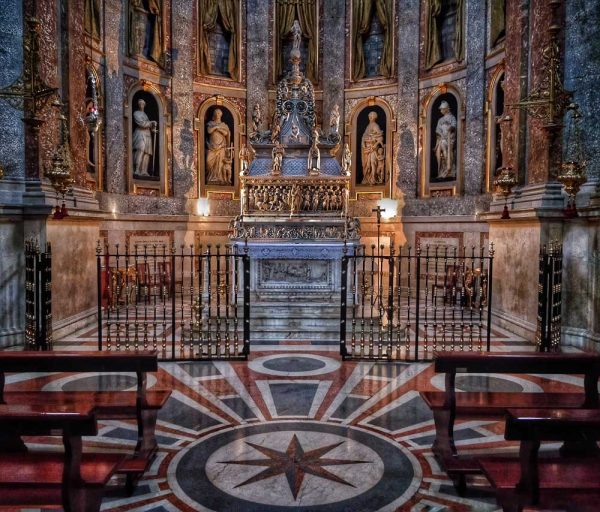 This magnificent work of art is the true masterpiece that you will find inside the basilica: the Arca is nothing more than a monumental sarcophagus created to house the remains of Domenico di Guzman. The entire chapel dedicated to the saint appear just as an ornament designed to enhance it.

Although the name of Niccolò di Bari, known as the Niccolò dell’Arca, is closely related to this work, its creation was entrusted to Nicola Pisano. Only two centuries later were made the important changes that make it an object of extraordinary beauty. In addition to the cimasa made by Niccolò di Bari, you can admire the stele depicting the episodes of the life of the saint, by Alfonso Lombardi, and the statues of Michelangelo Buonarroti.

The forgotten treasure of San Domenico’s Church: the three statues of Michelangelo

The three statues of Buonarroti are often considered forgotten treasures as few know of their existence. in fact, those artworks do not stand alone but are part of the Arca. The statue of San Petronio, the statue of San Procolo and the candle-holder angel were made by Michelangelo to complete the work that Niccolò cloud not finish because of his untimely death. 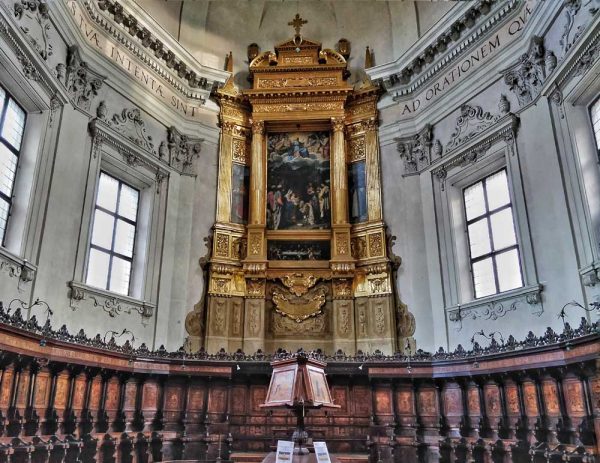 After enjoying the sparkling wonders of the church you can continue visiting the choir and the cloister. A modest donation of 50 cents will be necessary to visit them but that’s a fair price.

The chorus is made truly fascinating by the care of the inlays that decorate the wooden seats. Visiting it you will have a very particular perspective of the church. This is certainly a way to experience the atmosphere in a different way, a bit like entering a painting and seeing the background.

A walk in the garden of the cloister admiring the decorations is the relaxing ending for your visit.