Ti trovi in: Bologna > WHAT TO SEE > The Basilica of San Petronio – a must see church

The church of San Petronio stand close to Piazza Maggiore

Passing across Piazza Maggiore you will be amazed by the church of San Petronio. Its façade is the triumph of contrast between light and dark; at night the marble seems to shine with its own light and the bricks on the top combines with starry sky. Once there was on the façade a Bronze statue of Pope Julius II, made by Michelangelo Buonarroti, but it was destroyed in 1511. Inside this Gothic church with 3 naves you can admire 22 chapels and see the works of many Italian painters and sculptors lived between the Middle Ages and the Renaissance.

San Petronio was designed to be the largest church in the world.

It was the 1390 when the first stone of the San Petronio church was laid, commissioned by the commune of Bologna in honour of the patron saint, San Petronio. In the original project it was supposed to be the largest church ever built. However this project was never completed because Pope Pius IV prevent it and urged the construction of the Archiginnasio which interfered with the church project. Although the project was never accomplished and the façade that had to be completely marble stay incomplete, the Basilica of San Petronio is the seventh largest church in the world.

See the longest Sundial in the world.

The sundial is a tool used to indicate the instant of noon, the realization of this instrument is not particularly complex but it is the case that the one of San Petronio is a unique meridian for accuracy and realization. At first in the church of San Petronio there was the Egnazio Danti’s sundial, which stopped working in 1565 because the church was still under construction and structural changes failed its precision. The realization of the new sundial was entrusted to Gian Domenico Cassini, the accuracy of the measuring system and the length of the new sundial make it a unique instrument of its kind. 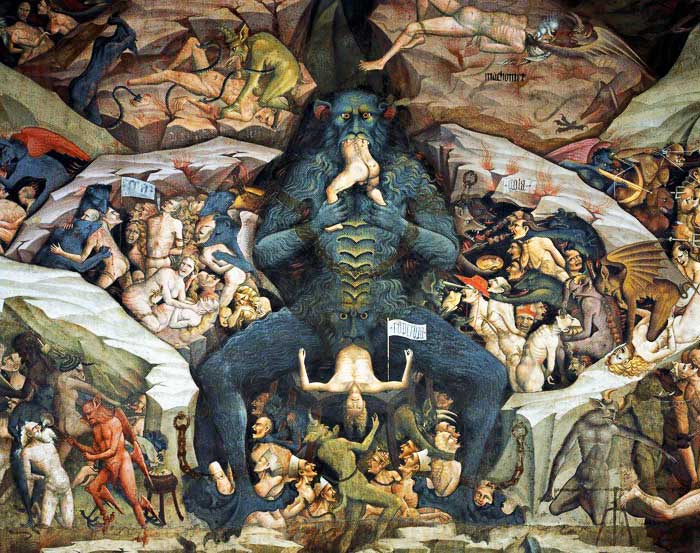 In the IV chapel, completely frescoed by Giovanni da Modena, are represented episodes of the life of St. Petronio, paradise and hell. The figure of Mohammed appears in hell. The depiction is made Dante’s style, just as in the divine comedy the prophet undergoes an eternal torment, this kind of representation is considered blasphemous by the Islamic world and Mohammed‘s image was the subject of a media scandal in 2002.

Get on the terrace of San Petronio’s church and see the panorama of the Bologna city center.

After visiting the interior of the church you will absolutely ascend to the sky, climbing on the terrace. The access is in Galvani Square, reaching the summit you will see the awesome panorama of the Bologna’s red roofs.