Ti trovi in: Bologna > WHAT TO SEE > MAMbo – The modern art museum

The Museum of Modern Art of Bologna, better known as MAMbo, is considered one of the most important museums of modern and contemporary art in Italy. In this article of our tourist guide to visit Bologna you will find information on the permanent collection and some curiosities concerning this beautiful museum.

In a Nutshell
The MAMbo is the modern art museum of Bologna, inside you’ll seen many works by famous artists and is certainly among the most beautiful museums in the city
MAMbo: Hours and Cost

Free every first Sunday of the month

The permanent collection of MAMbo

The permanent exhibition of the Museum of Modern Art of Bologna offers a unique overview of the artistic ferment and innovation, all thanks to the vast panorama of works from the second half of the ‘900 to the present day. Furthermore, in 2012 the MAMbo collection was enriched by welcoming the works of the former Modern Art Gallery. 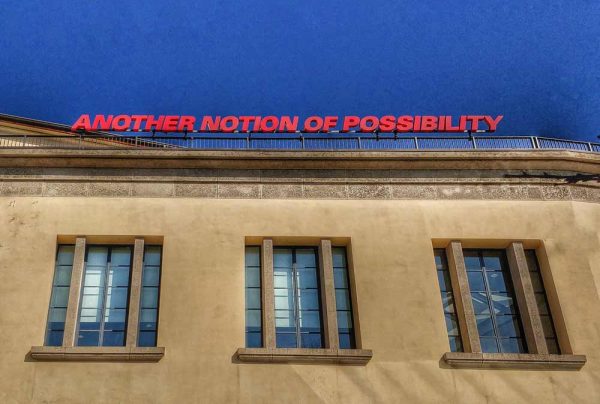 The museum visit is organized through nine path that represent the great stages of modern art from the 60s to today. Here you will find a deepening of the topics dealt with in each section.

The title does not lie, in this path it shows how the art and the political ideology went to intersect. In fact in the 60s Bologna is the scene of a political and social ferment that has great repercussions on artistic production, it is an example of the work “I Funerali di Togliatti” of Gattuso.


Here it faces the theme of active art, teh one that imposes itself in real life by appearing in the squares and in the streets. Artists like Marina Abramovic and Ulay, Gina Pane and Hermann Nitsch carry on this concept in a historical period of great movements and contrasts.


A leap into the past by reliving the new perspectives relating to the Biennale di Venezia of 1968, intellectual research takes place in the space and environment. The new perspectives emerge in the framework of the Arte Programmata (programmed art). Grazia Varisco, Getulio Alviani, Dadamaino are among the major representatives.

A section entirely dedicated to the Arte Povera movement that brings together those artists who have gone beyond the space-time limits. The works focus on the material using even industrial waste. In the same way, the sensory process is given importance, thus giving life to the concept of “installation” that emphasizes the relationship between the work and the surrounding environment.

It was in 1947 when the Forma1 manifesto appeared. Here met the two artistic currents that monopolized the Italian scene of that period. Abstractionism and Realism are blended into an alchemical magic and then sublimated inside the name: Forma 1. Pietro Consagra, Mino Guerrini, Achille Perilli and Giulio Turcato are just some of the names we find to represent this manifesto along the walls of this path.

A cross-section on abstract art that in the fifties was defined as Informale. In photography Nino Migliori is joined by Antoni Tàpies. While Fausto Melotti deserves a place of honour as one of the greatest Italian sculptors of the time, he goes skilfully to give new form and rhythm to the subject.

Here are the works of those whom Arcangeli calls the Last Naturalists. The art critic (at that time also director of the GAM) Francesco Arcangeli includes under this definition some contemporary painters from northern Italy: Pompilio Mandelli, Mattia Moreni, Ennio Morlotti, Sergio Vacchi, Sergio Romiti, Vasco Bendini. These are joined by the engravings by Giorgio Morandi.

The goal is to focus on contemporary Italian art, after the sixties a new generation of artists makes the scene his own. These new interpreters of the contemporary see the collapse of the political utopia. The section dedicated to the promotion and support of new emerging artists.

The last of the nine path that will guide you through the rooms of the Museum of Modern Art in Bologna is a sort of autobiography. In these rooms you will see the traces of the artists that the Mambo hosted during the last years with temporary and mono-graphic exhibitions.

The History of MAMbo

The essence of MAMbo has been established over the years. The modern art museum of Bologna was born as an extension of the Modern Art Gallery and only later became a structure in its own right. The building that houses it was the former bakery set up by the mayor Zanardi, his recovery is part of a larger project of urban redevelopment of the area known as Manifattura delle Arti.

The Ex-Forno – MAMbo café and restaurant

Once you have finished your visit, it will be a pleasure to stop at the MAMbo café and restaurant. The restaurant is called Ex-Formo (former bakery) in memory of the ancient function of the place. The environment is furnished in a modern style and upon entering you will have the feeling of still being inside the museum. Here you can enjoy an excellent coffee by choosing a classic espresso or a large variety of single-origin coffees. At lunch the kitchen offers refined dishes and in the evening you will find an excellent aperitivo.

Booking.com
For EU citizens. We use cookies to make sure you have the best experience on our site. If you continue to use this site, we assume that you agree.OkNoRead more