Ti trovi in: Bologna > WHAT TO SEE > Best 5 museum to visit in Bologna

Bologna is an university city and it’s full of spaces dedicated to knowledge and arts. Many places host artistic collection of different kind as well there are more than 30 museum. How to choose which one to visit first? In this post Bologna-Guide.com suggest you the best 5 museum to visit in Bologna!

Visit the MAMbo, the Museum of Modern Art in Bologna

HERE WE HAVE SOME TIPS FOR YOU!

Probably MAMbo is the most famous and visited museum of Bologna, the Museum of Modern Art of Bologna was inaugurated in May 2007 and it host the Modern Art Gallery that was birth in 1916. Its history is long and full of events. It all began when Countess Nerina Armandi Avogli gave to the town its prestigious residence in order to transform it into a modern art gallery. Its name was Villa delle Rose and opened its doors to the visitors in 1925. From that year the Modern Art Gallery started to get bigger and popular and hosted the works of the artistic avant-garde of Italy. Only in 1975 the headquarters was moved to the Distric Fair.

Today the MAMbo is located in Via Don Minzoni 14, in Bologna city center. The beautiful palace host the museum was a bakery and now it is know as Ex-Forno. In fact the palace, now dedicated to the exhibition of modern art masterpieces, was once the municipal bakery set up by the Mayor Zanardi. Visiting the museum you will find nine thematic areas where innovative works have been collected since the second half of the 20th century. To increase its prestige, since 2012, MAMbo temporarily hosts the Morandi collection and offers a wide array of installation and mono-graphic exhibitions of Italian and international artists. 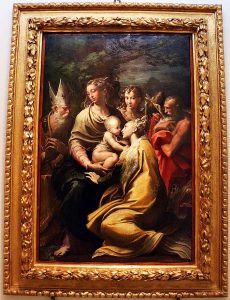 His historic site is located in via delle Belle Arti (fine arts street) inside the old Jesuit novitiate of St. Ignatio. A visit to the Pinacoteca is definitely an must-see attraction for all the lovers of painting in fact, through the more than 30 rooms of the museum, you can admire works by Perugino and Giotto. There are also many lesser-known masterpieces kept in the gallery’s wall. As a starting point we recommend the paintings by Vitale da Bologna which certainly illustrates in his works the emilian character of the ‘300. Instead a perfect example of Mannerism is the Madonna of Santa Margherita of Parmigianino.

Restored in 2016 to the ninetieth anniversary of Ducati brand, the Ducati Museum is an attraction not to be missed. Through three different routes you will be able to experience the history of the famous motorbike company of Bologna. The visit takes place in three directions: the first dedicated to the evolution of motorcycles in relation to society, the second tells the history of the race industry through the vehicles. The third revives the important moments of the factory through the characters and innovations that have been made over the years.

The Medieval Civic Museum in Bologna is located within the prestigious residence of Palazzo Ghisilardi dating back to the 15th century. This palace is already an attraction not to be missed even thanks to some Carracci frescoes that you can admire through the museum halls. The collection includes numerous burial objects from Bologna and sculptural works of longobard origin. The most eye-catching collection is certainly that of medieval weapons. Among these are really impressive the section dedicated to oriental weapons originally belonging to Luigi Ferdinando Marsili.

Archaeological Museum, discover Bologna and its past 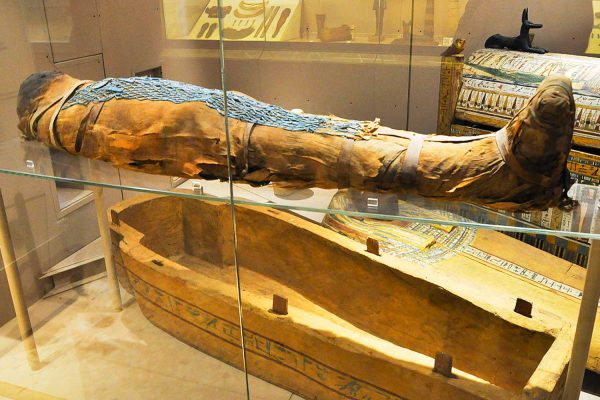 Dedicated to ancient civilizations, its vast collection offers an in-depth look at various themes, starting with the archaic Etruscan civilization in the local section, passing through the Gallic, Greek, and Roman heritage. The best is the Egyptian collection that, with over 3500 finds, is one of the most important in Europe. An interesting perspective on burial uses, in which stems and sarcophagi are exhibited in a time journey that goes from the beginnings until the collapse of a reign that lasted three thousand years.